14 Employees We Are Going to Execute if We Don’t...

With such a bad economy, we’ve been having to make cutbacks around BeezFud HQ and it’s starting to get uncomfortable. For one, we sold all the bathroom stalls and now our restrooms look like the drunk tank at a jail. Surprisingly our chairs were some of the more expensive assets, so now we sit on the ground. We’ve had to cut our desks heighth-wise and… well, something has to give.

So, we came up with an idea. We’ve decided to cash in on the “you steal, you die” clause we somehow got into the employee contracts everyone signed.

We’ve set a goal of 1,000 new readers that we will either get in three months or we will lose 31 employees. We’ve selected, at random, all of the non-essential and/or expendable employees based on a list of 32 employees we don’t like.

So share our articles, encourage your friends to follow us on social media networks and otherwise help us get to 1,000 members.

If you don’t, at least look at the 31 employees we are going to execute with a fire axe.

win
0
win
This account is shared by BeezFud staffers who aren't important enough to have their own profiles so the content is lackluster. They're probably saving their best ideas for when they have their own brand, the fuckers.
0 0 votes
Article Rating
Connect with:
Facebook Google Twitter
Subscribe
Login
0 Comments
Inline Feedbacks
View all comments 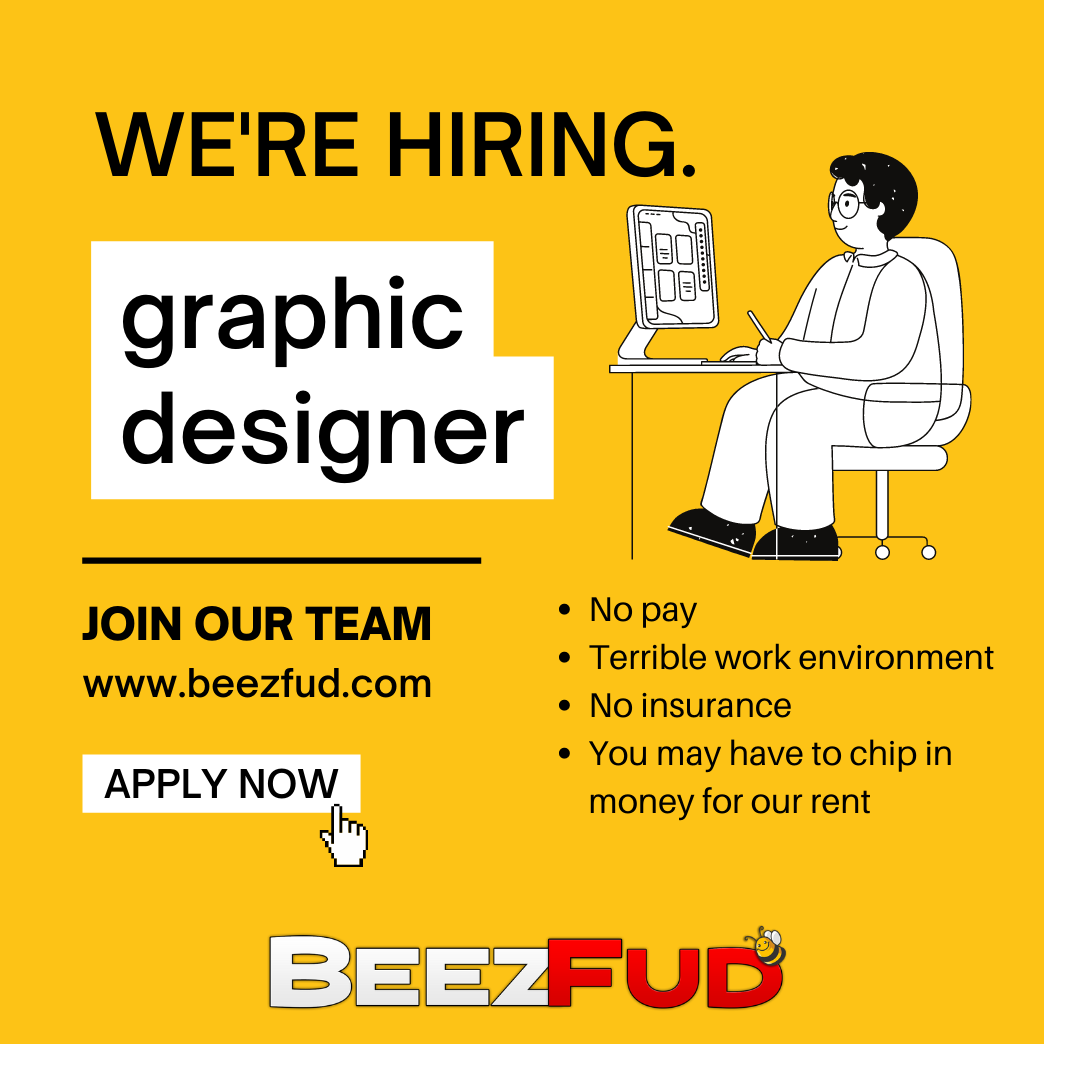 Connect with:
Facebook Google Twitter
Back to
log in
wpDiscuz
0
0
Would love your thoughts, please comment.x
()
x
| Reply
Manage Cookie Consent
To provide the best experiences, we use technologies like cookies to store and/or access device information. Consenting to these technologies will allow us to process data such as browsing behavior or unique IDs on this site. Not consenting or withdrawing consent, may adversely affect certain features and functions.
Manage options Manage services Manage vendors Read more about these purposes
View preferences
{title} {title} {title}
Choose A Format
Personality quiz
Series of questions that intends to reveal something about the personality
Trivia quiz
Series of questions with right and wrong answers that intends to check knowledge
Poll
Voting to make decisions or determine opinions
Story
Formatted Text with Embeds and Visuals
List
The Classic Internet Listicles
Countdown
The Classic Internet Countdowns
Open List
Submit your own item and vote up for the best submission
Ranked List
Upvote or downvote to decide the best list item
Meme
Upload your own images to make custom memes
Video
Youtube and Vimeo Embeds
Audio
Soundcloud or Mixcloud Embeds
Image
Photo or GIF
Gif
GIF format