How to Use Videos Games to Predict Elections

The Problem with the Pollsters

It is true, pollsters are doing a public service, but they can spend over 100K on one election cycle. For all the money they spend on polling, you would think they would have a perfect record. However, this is far from the case. The 2016 elections are a perfect example of bad polling. A combination of underestimating rural districts and other polling biases ruined their projections. Therefore, even with all the money pumped into polling every year, there is still room for improvement. Some have suggested letting psychic animals guess for us. While this makes for an incredibly cute video, it is hard to convince people of the legitimacy of these results. However, there is a new player up to bat in the field of election scrying. Election simulation video games. These games allow the player to set up fictional elections, and to see the result. But what if we plugged in real candidates and policy? Believe it or not, a ten dollar game can predict the next president with as much accuracy as even the best pollsters. If you know how to set up the simulation.

What Game Should You Use 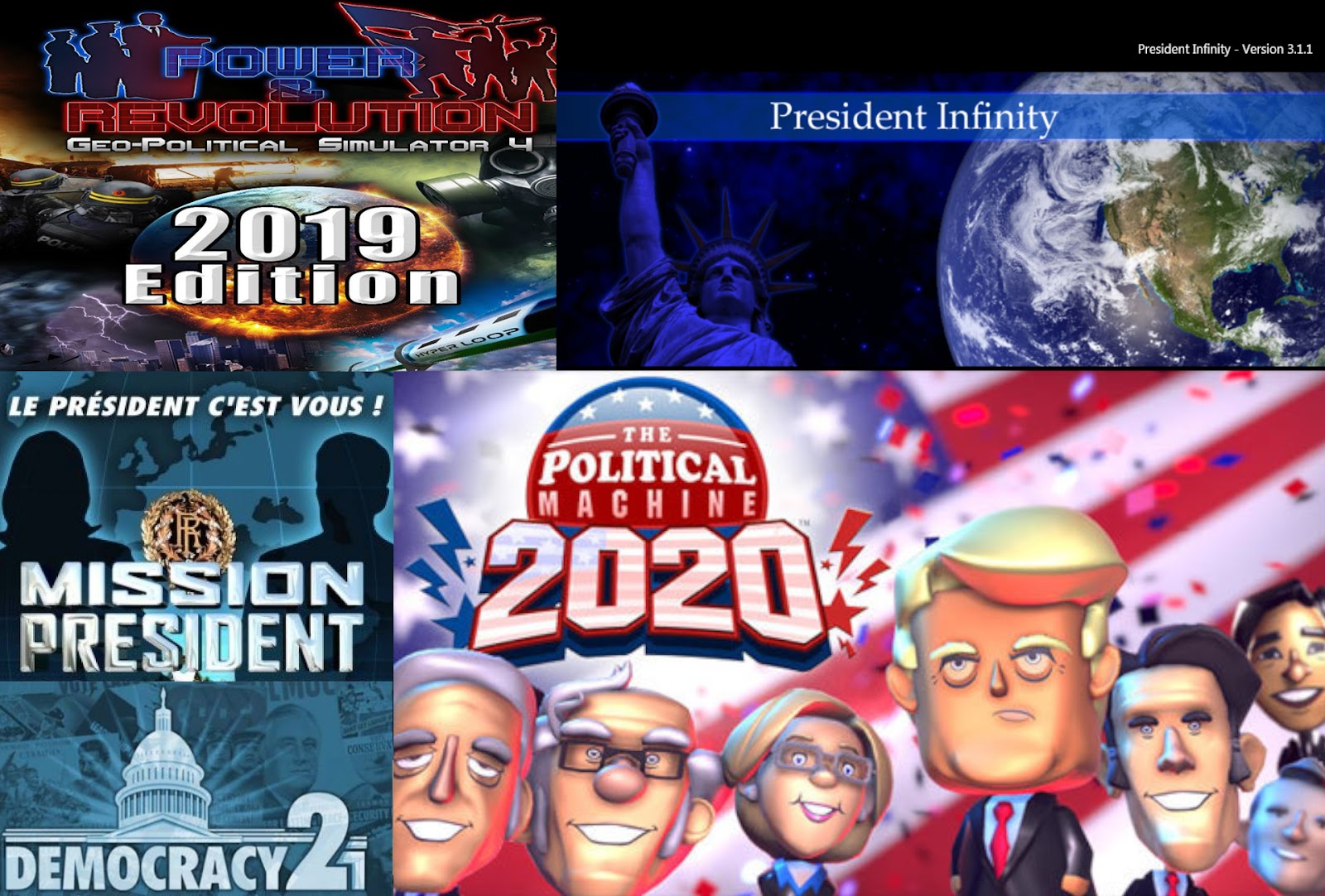 Browsing the politics section on the steam marketplace mostly yields strategy games about ancient Rome or simulators that let you live out your anarcho capitalist dream. It is hard to find a game that will yield accurate election results, though it is not impossible. There are a number of great electoral simulator games. Some stand outs include Political Machine 2020, the Democracy series, Geo-political Simulator, and President Infinity. These games are great because they provide a realistic depiction of how an election really works. The only simulator on this list I would be weary of is The Political Machine. The issues that plague the Political Machine series, are the same issues that plague the genre. The issue these games run into is the gamification of the election process. While it is understandable that they want to make it fun, adding too many gameplay elements muddles the accuracy of the simulation. Political Machine specifically also seems to have a Trump Bias, even on the easy difficulty he is incredibly overpowered. Picking the right game in a crucial first step in creating a realistic projection.

In my video, Predicting the 2020 Election With a Game From 2007, I use the game Democracy 2 to run through what a 2020 Biden campaign might look like. The results make me excited. Democracy 2 is one of the most realistic political sims on the market. What it lacks in visuals, it makes up for in the complexity of the simulation. For these reasons, it is obvious that a game the Democracy series is by far the best option for making an accurate 2020 election focused. The game does require a fair bit of skill, and makes you play through one term before the election. However, the time investment really pays off. Keep an eye out for more videos chronicling my scrying of Biden’s political trajectory. Subscribe, to be notified when additional parts get uploaded. Spoiler alert, Biden wins the 2020 election.